Military and Security Structures of the Autonomous Administration in Syria 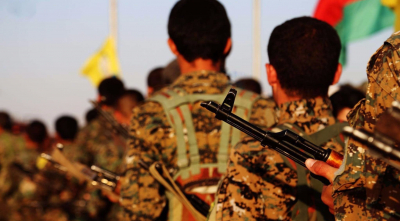 The military bodies that are part of the Autonomous Administration in northeastern Syria receive their inspiration from a number of factors related to the political leanings of the parties that control the region. Thus, the group extracts its legitimacy, not from local demands for its presence, but instead from the urge to achieve certain political ends, including local empowerment and establishment. There are two main references for the group’s project. First, the project references the political ideals of the Democratic Union Party (PYD) and Tev-Dem, formerly known as Rojava KCK, which contributed to the formation of the military units there. Second, it references the direct connection of the military units to the administrative, legal, and executive bodies of the Autonomous Administration.