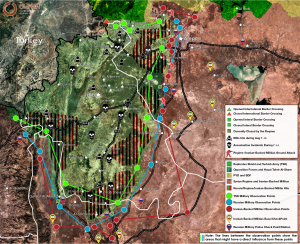 This updated map of Idlib Province and its surroundings (Western Aleppo and Northern Hama), shows areas of control and locations of Turkish, Russian, and Iranian observation posts that resulted from the Astana process. The map also highlights the locations of the following key actors and high-risk areas: 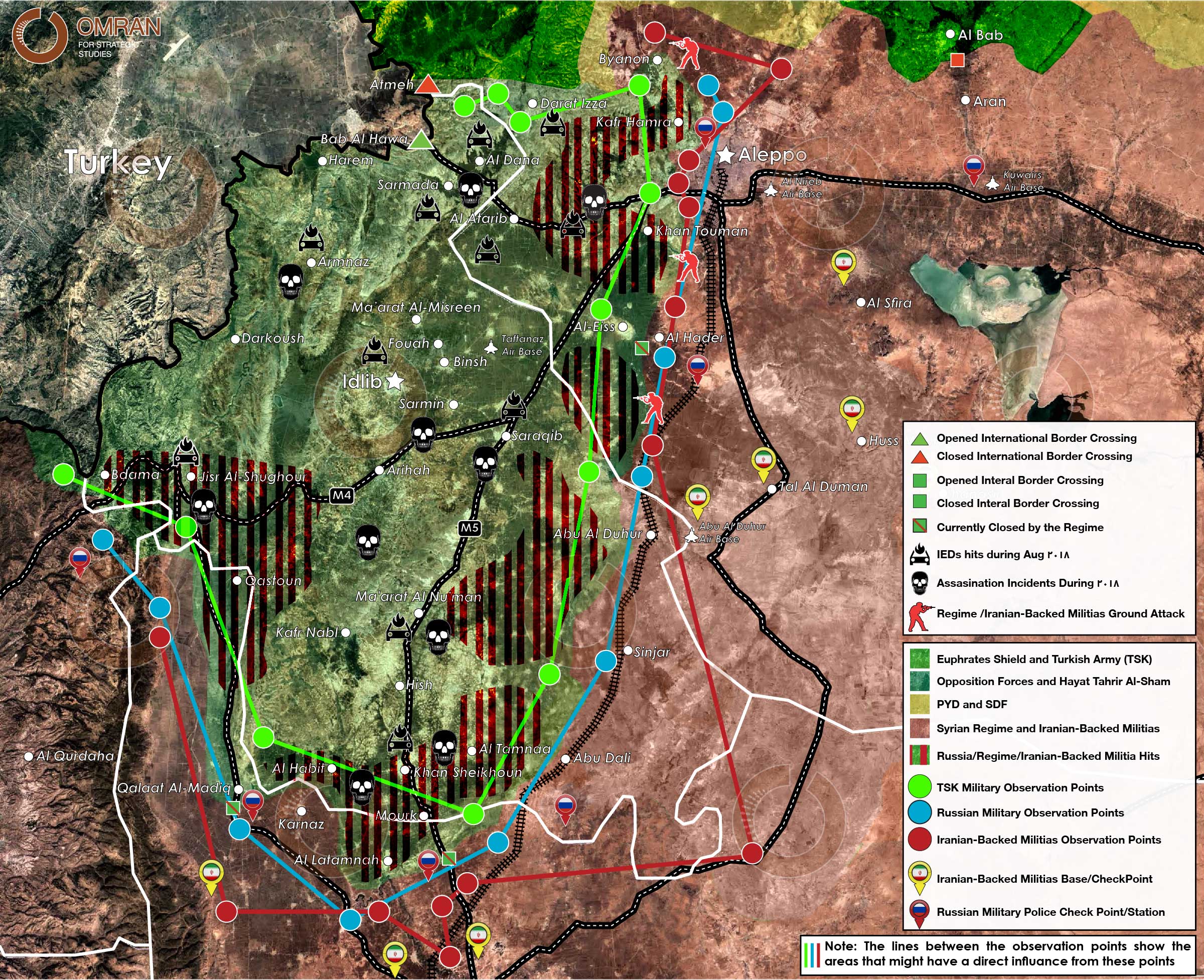