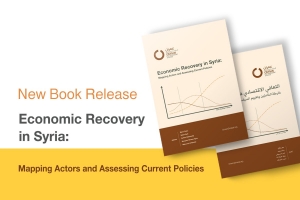 Emerging Security Dynamics and the Political Settlement in Syria

Omran Center for Strategic Studies collaboration with The Syracusa International Institute, held a workshop on “Emerging Security Dynamics and the Political Settlement in Syria” in Syracusa, Italy, on 18-19 October.

The workshop brought together experts from UN, EU, France, Germany, Switzerland, US and many regional countries. The vibrant discussion tackled various issues including: future of the DMZ agreement in the north, the logic of the Iranian presence in Syria, the political economy of militias, and local security imperatives impact on peacebuilding.

This workshop is the one of many workshops hold under "The Syria and Global Security Project" who is co-run by Omran Center for Strategic Studies and Geneva Centre for Security Policy (GCSP). It aims to offer a platform to build common ground and bridge the gap between the main stakeholders in the Syrian conflict.