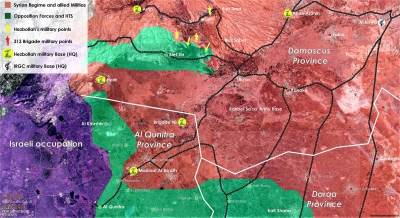 السابق Map of Control and Influence: "Syria 15 December 2017" التالي Military and Security Structures of the Autonomous Administration in Syria